We didn't have any visitors this week (except Barry Christenson, the former Midway Manager from a few years ago). There's still a lot of interest in the Short-tailed albatross chick. It's getting big fast. We've had pretty cool, breezy weather lately too. It's even been in the 50's. I know a lot of you on the mainland wouldn't mind that about now.

We also got a new flight contractor. I got to leave on their first flight out. I'm on vacation now in Alexandria, VA right now, so I won't be doing a blog until I get back the first week in March. I'm keeping it short this week, since I was only on Midway for 4 days. Here's some pictures. 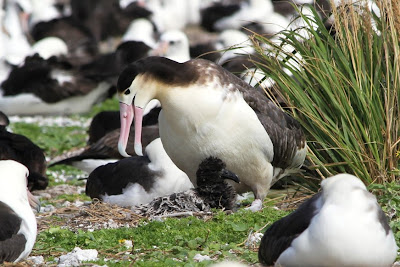 Here's the female short-tailed albatross on the chick. It shouldn't be too much longer until the parents leave it alone to go on more foraging trips. 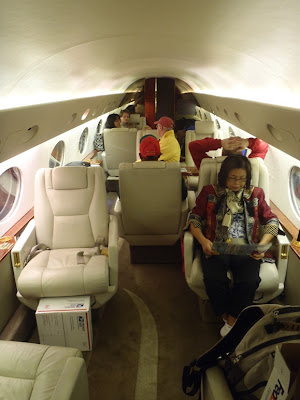 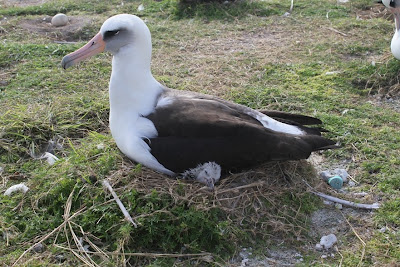 The Laysan albatross chicks are getting big too. Some of the black-footed albatross are being left alone already. 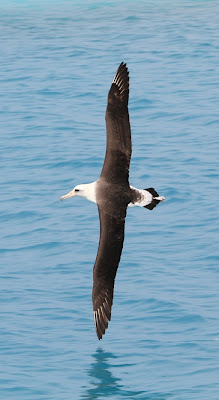 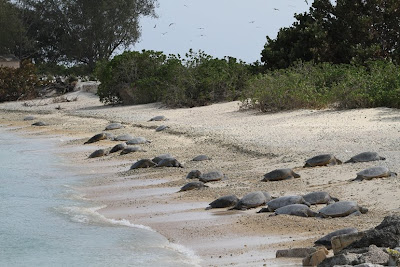 There were 35 turtles basking on Turtle Beach this weekend. 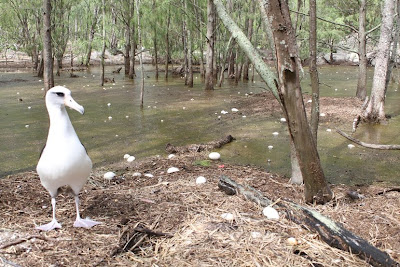 I went and checked out some of the areas that got flooded in the big storm. All of the white dots are eggs that got washed out of the nests. 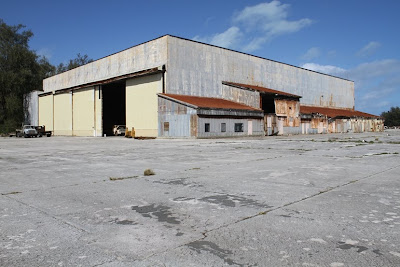 Here's a view of the old seaplane hangar. It still looks ok, but the storm did blow off some of the wall panels on the back. It still doing ok after being bombed in WWII.
Posted by Pete Leary at 11:13 AM 4 comments: