I'm leaving the island again this week, so I probably won't do a blog next week.  I'll be off island for about 6 weeks, so I won't put up any Midway photos, but I may get some vacation photos up, if I do anything interesting.  I don't really have any updates, other than Wisdom's chick is still doing fine, we're all busy, and Midway is still wonderful. 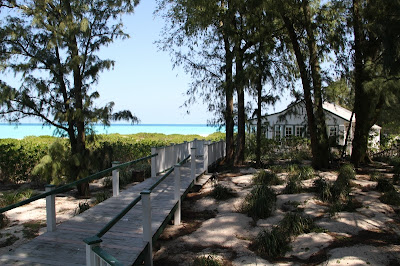 It was a beautiful, sunny, cool day today and a nice view up at Capt Brooks' Tavern. 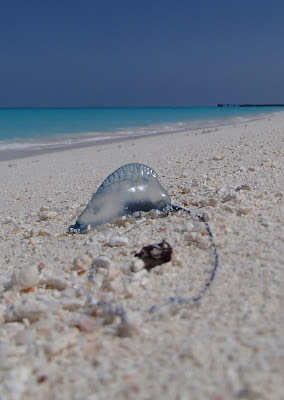 There were hundreds of Portuguese Man-O-Wars washed up on the North Beach today.  I kept my shoes on when I walked the shoreline today.  Their sting feels like what you'd imagine a red-hot, electrified toaster element to feel like.﻿ 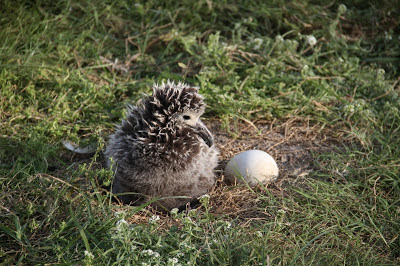 The chicks grow fast.  It was the size of the egg about 5 weeks ago.﻿ 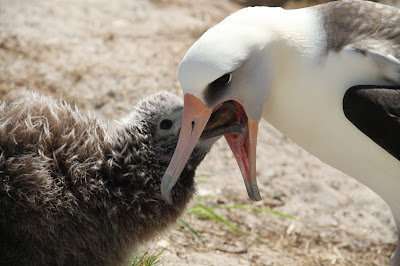 A chick is getting a good squid oil meal. 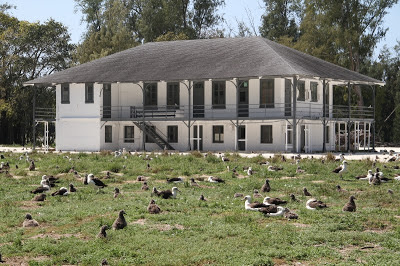 This is the old cable house dining facility. 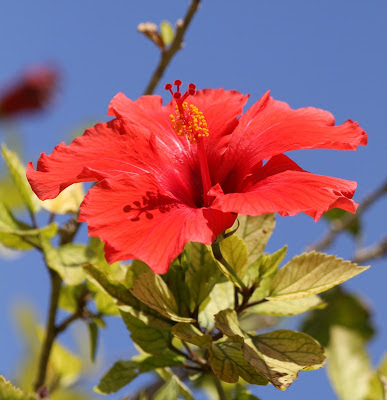 Most of the hibiscus trees are blooming right now so there's a lot of color. 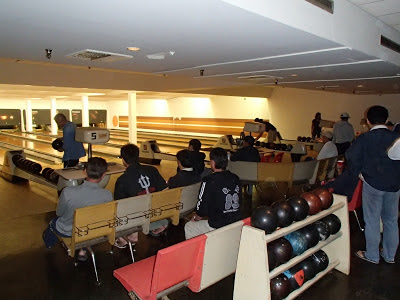 Darlene had a birthday party at the bowling alley tonight so we had the biggest bowling crowd in a long time. ﻿ 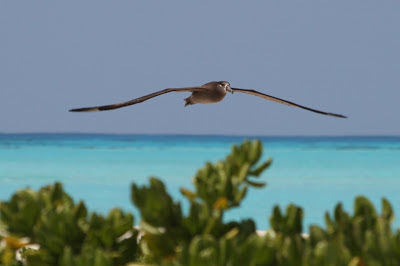 I'm finally back from my vacation/conference/work in Alexandria, VA-Brooklyn, NY/Portland, OR/Honolulu, HI.  While I was gone, you may have heard some news from Midway.  Apparently it's big news when a 62 year old albatross has a chick.  You may have seen my pictures of Wisdom or her mate in the Washington Post, London Times, or even the Tehran Times.  John Klavitter did a great interview with "All Things Considered" on NPR.  Here's a link:

It's great that so many people are interested, although I saw a lot of articles that never even mentioned that Wisdom lives at Midway Atoll National Wildlife Refuge. If you happened to miss the story you can either check out the link on Midway's News page: http://www.fws.gov/midway/whatsnew.html
or search for wisdom albatross and read one of dozens of articles.  I'm still getting quite a few photo requests for upcoming magazine articles. 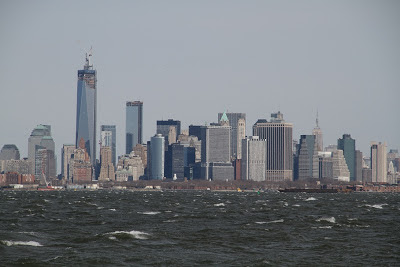 Dasha and I went to visit a friend in Brooklyn, NY for the weekend.  We didn't get into Manhattan, but we could see it from near his house.  Karl has a business called Mr. Ellie Pooh, which sells paper made of elelphant dung and other products to reduce the killing of wild elephants in Sri Lanka.  Check out: http://www.mrelliepooh.com/
Here are a couple of his products. 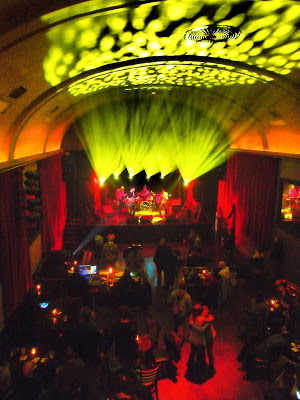 I was in Portland, OR for the Pacific Seabird Group conference.  I won't show you photos of the conference, but here's one of a band that a few of us went to in an old silent film theater in downtown, Portland.  The music was great and it was a productive conference. 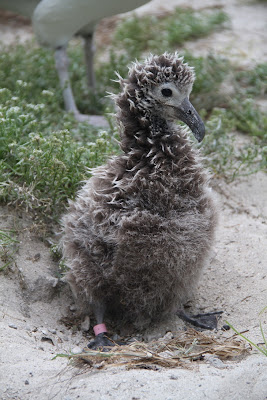 This is Wisdom's chick a couple of days ago.  This year we've got 2 leg bands on since last year's chick kicked its band off and we lost track of it since they all look alike. 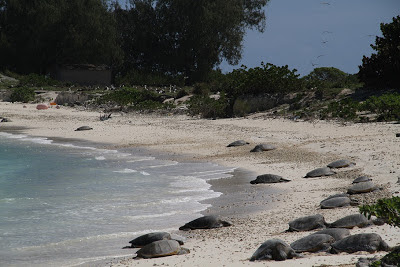 Today was a beautiful day and the green sea turtles decided to soak up some sun out on Turtle Beach. 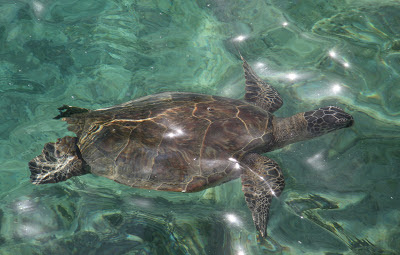 Not all of the turtles were on the beach.  This turtle was swimming in the harbor.  I left this picture a little bigger than usual because I liked how smooth it looks in the water. You can click on it to see it in more detail.﻿ 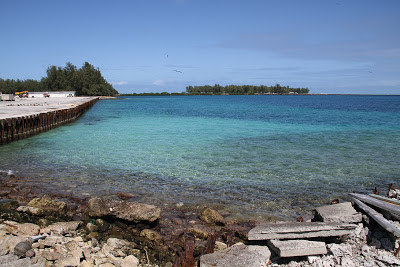 This is what the harbor looked like today.  The turtle above was swimming in the far corner on the left.﻿ 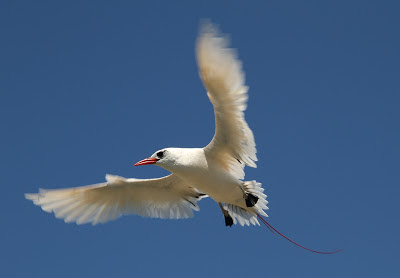 The Red-tailed tropicbirds are returning for the breeding season.  I took this photo from the same harbor corner as the turtle. 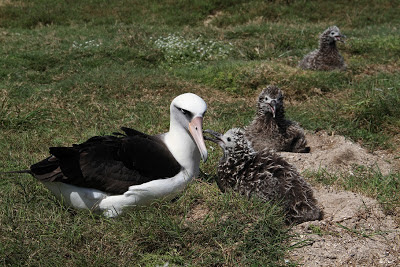 A Laysan albatross chick is asking its parent for food.
Posted by Pete Leary at 6:22 PM 2 comments: