We said goodbye to our last volunteer group for the foreseeable future.  I hope it won't last too long.  I'll be a lot busier cleaning seeps and looking for sick or dead Laysan ducks and all sorts of other projects that I got major help with from the volunteers.﻿  More outside time will be ok with me though.

Jan found some good examples of dead albatross chicks filled with plastic, so look for an exhibit in the Smithsonian in another year or two!  Pretty much all of the dead chicks have some plastic, but he was looking for ones where you could see the plastic without digging through the bird.  That way the Smithsonian can display a bird just like it was found on the island. 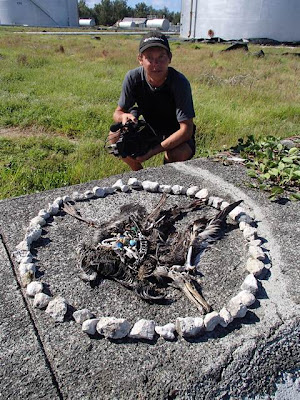 Here's Jan and one of the dead albatross chicks that we collected. 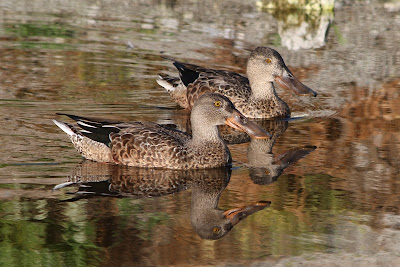 A lot of migratory ducks have been flying in this past week.  Here is a pair of Northern shovelers in one of the seeps. 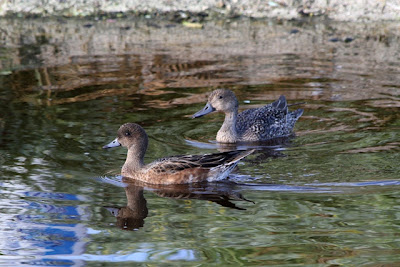 Every year we get a some Widgeons (American & Eurasian), in the foreground, and we get a lot of Northern Pintails, like the one in the background. 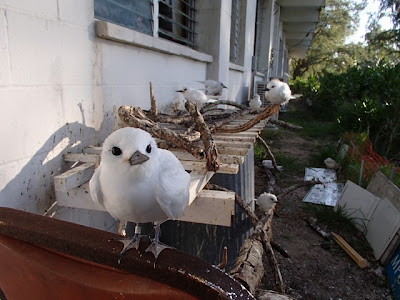 The orphaned white terns that we've been feeding are flying around, but still cannot get their own food yet.  Most of them should be gone in another week or two. 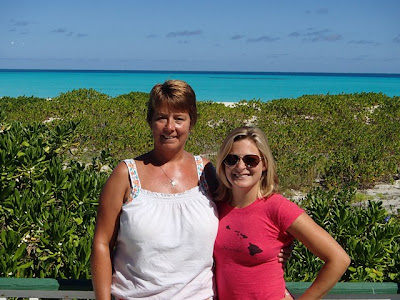 Thanks volunteers Sarah and Ryan, and of course thanks to all volunteers who've been out here over the years.  Midway is a much better place for having you.
Posted by Pete Leary at 11:13 AM 3 comments:

We had more visitors this week.  The US Coast Guard Cutter Kukui came in for 5 days to work on the buoys marking our channel.  We also had some Coast Guard visitors fly in on a C-130 for a meeting and a tour.  The days are still fairly quiet around here without the albatross around, but the Bonin petrels are back and are fairly loud at night.  Work is winding down on our lead paint remediation project for this year and we've got a lot of people leaving on the plane this week, so I took them out for a snorkel trip this afternoon. It was great as usual.   ﻿ 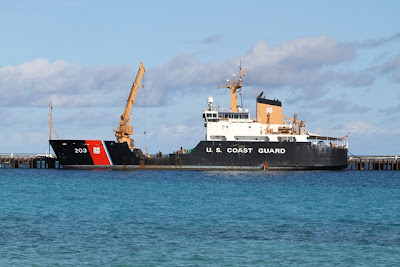 Here's a photo of the USCG Cutter Kukui. 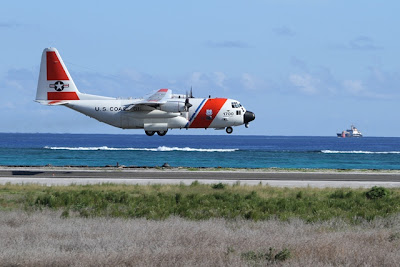 Here's the C-130 landing with our visitors with the Kukui working on a buoy in the background. 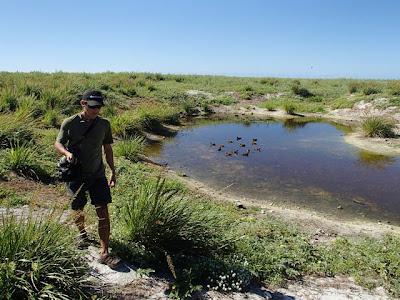 You might recognize Jan Vozenilek as one of the people filming the Midway movie with Chris Jordan.  He's out here on a separate project for the Smithsonian Institution.  He also helped me check Eastern Island seeps for sick or dead Laysan ducks. So far we haven't had any new sick or dead since our big outbreak last week.﻿ 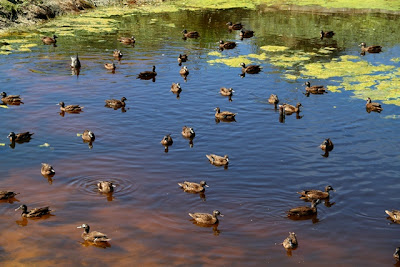 There were a lot of Laysan ducklings this year, so we've got a lot of them in the seeps right now.  It's great to see an endangered species doing well. 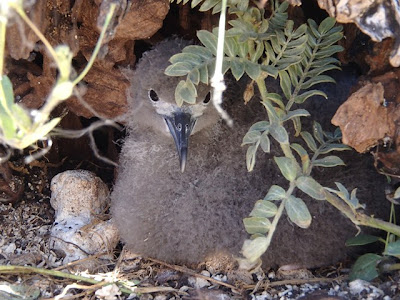 The Wedge-tailed shearwater chicks are still fluffy but getting pretty big.
﻿ 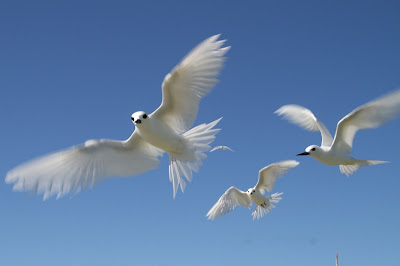 The White terns were flocking around me today, and I managed to get one or two in focus photos.  It's not easy though. 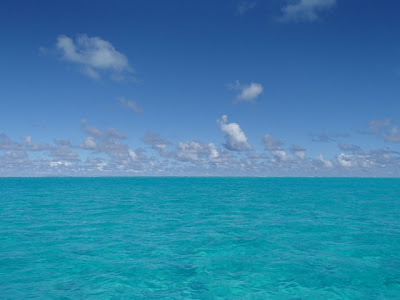 The lagoon was looking the same as usual this afternoon.  You have to like blue to live out here. 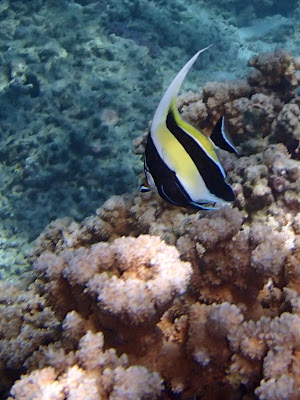 Here's a Moorish idol swimming around the coral.  These are difficult to get pictures of because they are kind of shy.﻿
Posted by Pete Leary at 8:40 PM 5 comments:

I had a good time on vacation the past few weeks.  I was in Copenhagen, Denmark for about a week and Czech Republic for a week.  It's a long trip from Midway to Copenhagen though.  I'm posting a couple of vacation pics today.
Things haven't slowed down around here, even though all of the albatross are gone.  The NOAA Ship Hi'ialaki showed up today with some researchers and a film crew.  ﻿We've had quite a few planes stop by to get fuel on their way across the Pacific, and we've had some sick and dead Laysan ducks from botulism that have been keeping us busy looking for more.  We one of our volunteers left while I was off island, thanks for the help Liz, and a new volunteer came to help out for about 6 weeks, welcome to Midway, Sarah.  Since our volunteer program will be suspended for a while, we'll be losing our volunteers in 2 weeks with no replacements. I hope that won't last too long, because the volunteers do a lot of work! 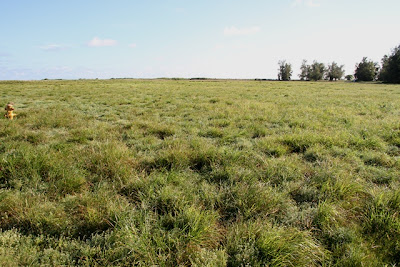 This is what the Parade field looks like now with no albatrosses. 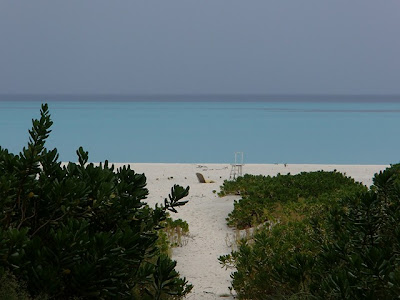 It was kind of a gray day today, but the water is still blue.  The dolphins were splashing around the beach a couple hours before, but I didn't have my camera then. 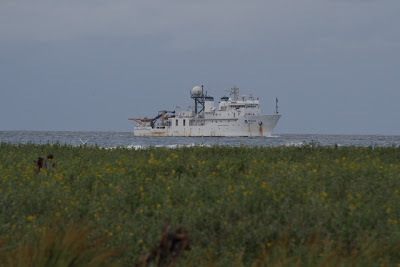 I got a photo of the Hi'ialakai pulling in to Midway while I was on Eastern Island this morning. 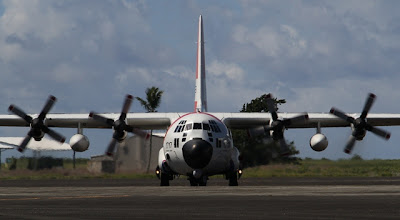 A US Coast Guard C-130 came in earlier this week to pick up a couple of people that were dropped off from a passing Coast Guard ship.
﻿ 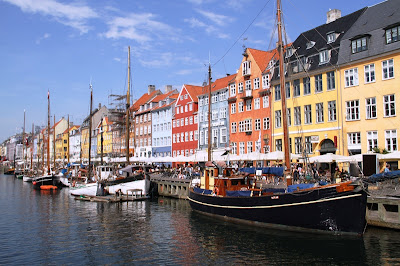 This is Copenhagen, Denmark.  Pretty much every person that goes there takes this picture. 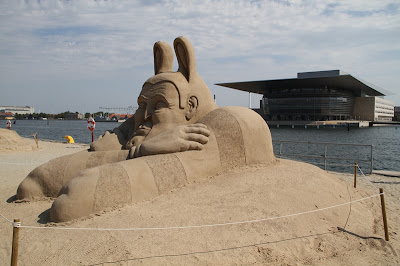 They had a nice sand sculpture area across from the Opera House. 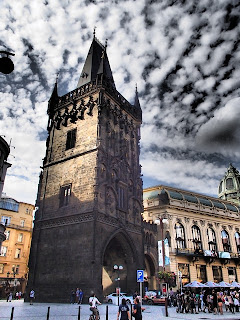 Here is the Powder Tower in Prague, Czech Republic.  It was built in 1475 and was used to store gunpowder in the 1600's. 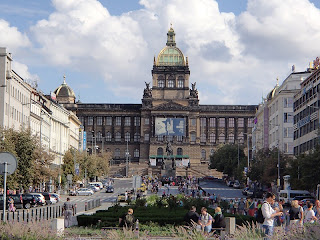 This is the National Museum in Prague.  I have a lot of photos of buildings in Prague, but since this is a Midway blog, I guess 2 are enough.
Posted by Pete Leary at 9:38 PM 5 comments: