The albatross chicks are mostly on their own now.  There are a few parents still incubating the chicks, but most are out getting food to bring back.  It has still been consistently windy, and I wish that I had pictures of the huge waves that have been pounding the reef from the northwest.  The reef is about 4 miles away from the North Beach, so the photos of the 30-60 foot waves don't do them justice.

The volunteers have been organizing journal clubs lately.  They choose a journal article to read and then have a discussion.  The last article is interesting reading that you should be able to find online if you're interested.  It was originally in The Auk journal in 1912.  The article tells the story of the introduction of the canaries to Midway in the great prose of the early 1900's.  The article is titled, "The introduction and acclimatization of the Yellow Canary on Midway Island", by William Alanson Bryan. 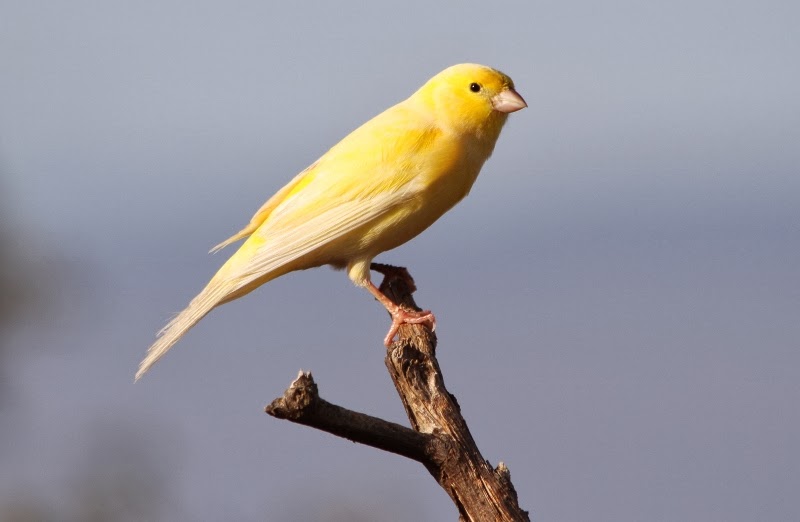 This canary is one of the descendants of the one original pair that was brought here in 1909 and 2 additional males that were brought in 1910. 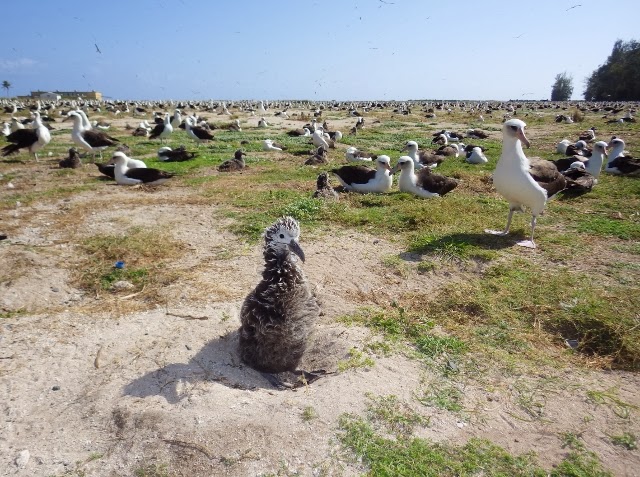 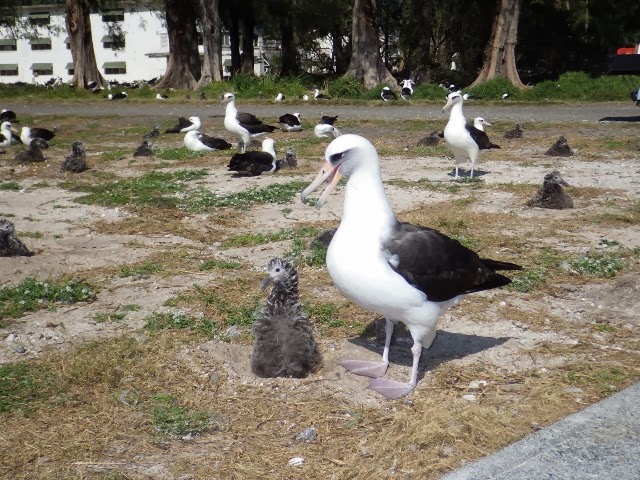 This parent is back to feed its chick. 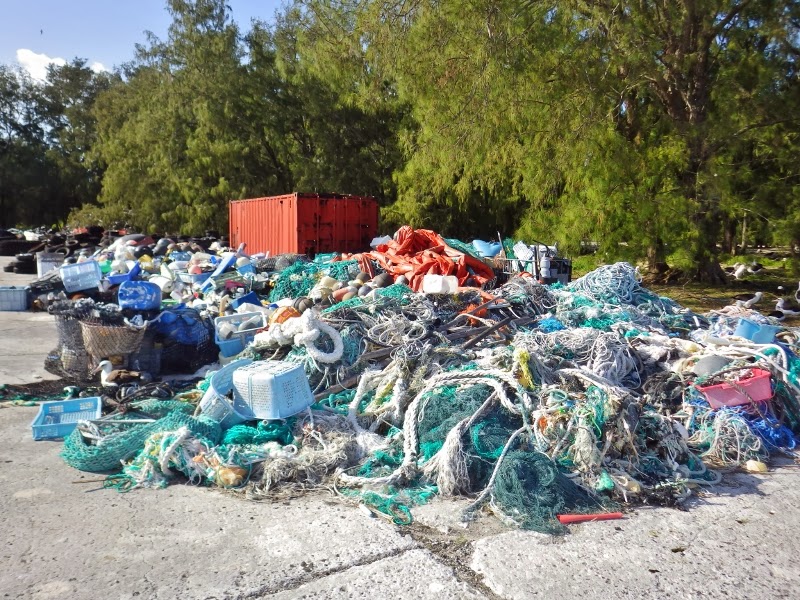 Our marine debris pile is getting large again.  That red container in the back wasn't debris. 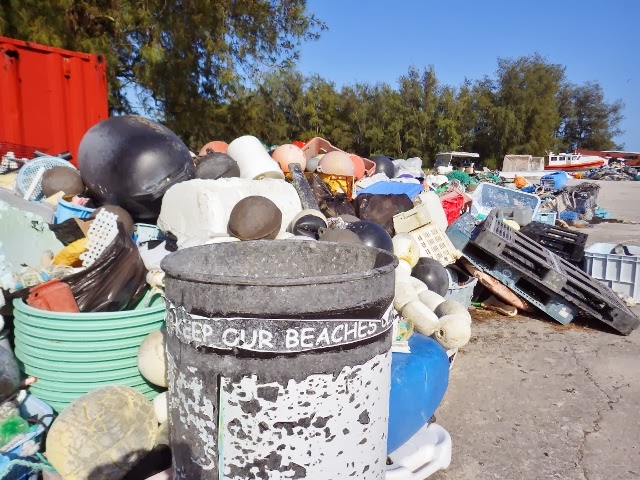 Here's one of the more ironic items that washed up.  It says "keep our beaches clean" and "Heal the Bay".  At least we are reusing it and filling it back up. 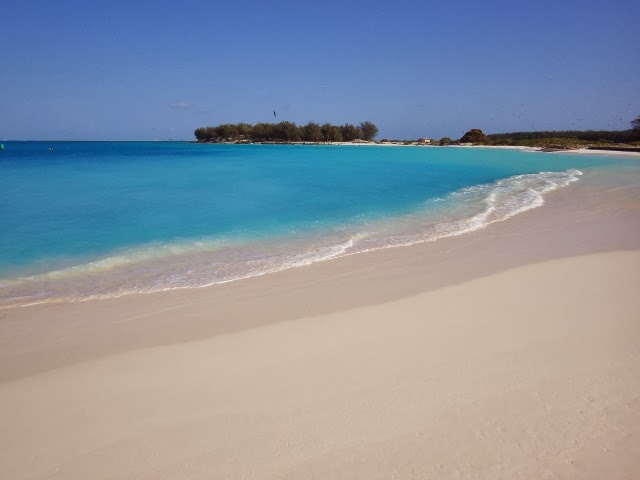 Those big waves that I was talking about cleaned up the beach next to the cargo pier.  I'm sure a lot of that stuff will be back soon enough.
Posted by Pete Leary at 9:09 PM

I wonder if that trash can came from Santa Monica?

Thanks for the updates, I read them all and enjoy them so much.

Hi Elliot. Thanks for the comment. I think you're right about that can coming from Santa Monica. The logo on the can is the same as on the site.